Captain Ryan James is hopeful of reaching the heights f a couple of his forward partners tomorrow when the Titans take on the Raiders in the nation's capital.

Lock forward Jai Arrow and prop Jarrod Wallace have both been producing impressive numbers over the past month and the Bilambil junior is looking to match their feats on a more consistent basis.

"Probably in comparison to the others my metres and effectiveness hasn't been there," James said.

"Jai has been unreal and maybe the best forward in the competition. I definitely want to be that type of player.

"If I can bring myself up to their level and hopefully I'm that player that they want to play with as well."

Whilst the Titans impressed with a nail-biting 28-26 victory over the Raiders in round one, the side is aware it won't be the same Raiders side tomorrow afternoon.

"They started quick then and we need to put on our best game. We need to try and get their big forwards moving and turn them around where we can.

"We took a good step forward last week defensively but need to improve our attack. We need a win get the season back on track. We were happy last week for about 70 minutes but it needs to be for the full 80."

A lot of talk this week has centred around the Titans halves combination and the need for game management to be a priority.

"A lot of the kicking fell on Ash's shoulder, Carty (Bryce Cartwright) isn't the most natural kicker but we need them both to work on the game management.

He's (Coach Garth Brennan) not so much panicking, it's just frustrating. We need to make sure we're a more complete team and finish games off." 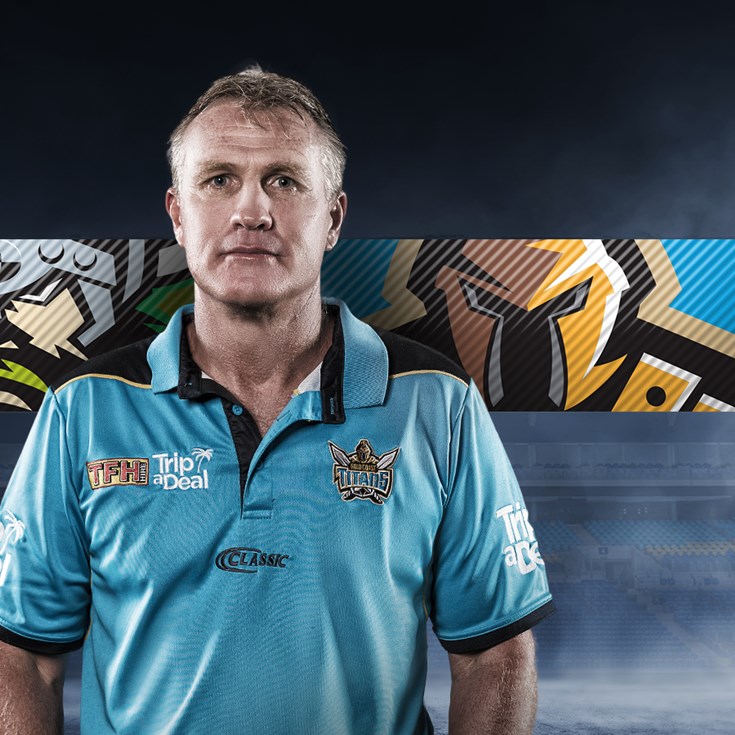 BRENNAN: James must be more dominant