What Titans halfback Ash Taylor produces in Canberra on Saturday could provide a clear indication on whether his young career is destined to live up to the enormous external expectations he has carried since before his debut.

Titans coach Garth Brennan sat down with his number seven this week and showed him vision and stats of his two most dominant performances of 2018, against the Raiders in round one and Brisbane in round four, and compared them to Taylor's five other matches.

Brennan let him know that if Taylor wants to be the player he is capable of becoming – the player some have, whether fairly or over-excitedly, predicted he will be – he has to close the gap between his best and worst (or most involved and least involved) games.

And his team needs it to start this weekend, with the Titans desperate to avoid a fourth straight defeat and stay in touch with the top half of the Telstra Premiership ladder.

To do that, Taylor must decide whether he is going to be the main man and overcall others – including reluctant halves partner Bryce Cartwright – and "own" the team, the status Brennan has asked from him.

The trouble is that, just when Taylor and Kane Elgey had formed an attacking pairing that was creating most of the Titans' tries, Elgey paid for some costly defensive indecisions and was dropped.

Brennan, desperate for Cartwright to become more dominant and be injected wider on the field, gave his former Penrith protégé  the No. 6 jersey against the Sharks.

And that put more responsibility and pressure on Taylor.

Although it was his 77th minute field goal that almost put the match into extra-time last Saturday, until then Taylor looked a little hesitant as he, and his teammates, got the feel of a halves partner told to assert himself on the team. Several times the ball failed to get to Taylor on the last tackle and the set ended ineffectively on the left.

Taylor had eight try assists in his first five games of 2018, five from passes and three from kicks, but none since.

The Titans need that splash of Ash back.

"It's a big game for us and Ash needs to take some ownership of the team.

"I sat down with him and showed him the stats from that game and compared to some of his other games. He can see the difference he makes to the football team when he is on.

"He is a smart guy, he knows his footy. He's a talented guy, we all know that, and he understands that he needs to find some consistency in his game but that's what you find; he's only 54-game player, Ash.

"He has had some really, really good games – round one against Canberra and he was exceptional in the Brisbane game.

"He also understands that the few games that he has been under his standards haven't been good enough and he knows what he needs to bring to the table. He needs to find some consistency in his game.

"I trust him. I put my faith in him and I have confidence that he can get the job done and he is really looking forward to taking that team and putting it on his back and seeing if he can take it to victory this Saturday afternoon."

Brennan last week referred to Cartwright being the partner of Panthers' brilliant young half Nathan Cleary in his debut season of 2016.

Comparing the progression of Cleary and Taylor perhaps adds more context to how the boom boy number sevens from different states are progressing.

Taylor is 20 months older and became a regular first-grader half a season before Cleary in 2016. Taylor has played 54 games, Cleary 44. While both show maturity beyond their years, an extraordinary skill-set and are model citizens of the sport, Cleary has been the more consistent when it comes to nailing clutch-plays.

A look at their stats shows a few major differences.

Cleary has scored 14 tries in 44 games to Taylor's 11 in 54, yet Taylor's try-assists are higher with 38 in 53 games at 0.7 per game compared to 21 in 44 for Cleary at just under 0.5 per game. A large percentage of Taylor's assists come from his brilliant short-kicking game near the try-line.

They both have the NRL world at their feet.

But while Brennan tinkers with halves partner role with two players showing below what they are capable off, Taylor – signed to a massive contract that kicks in next year – goes into tomorrow's clash in Canberra to face a real challenge to his talent and character. 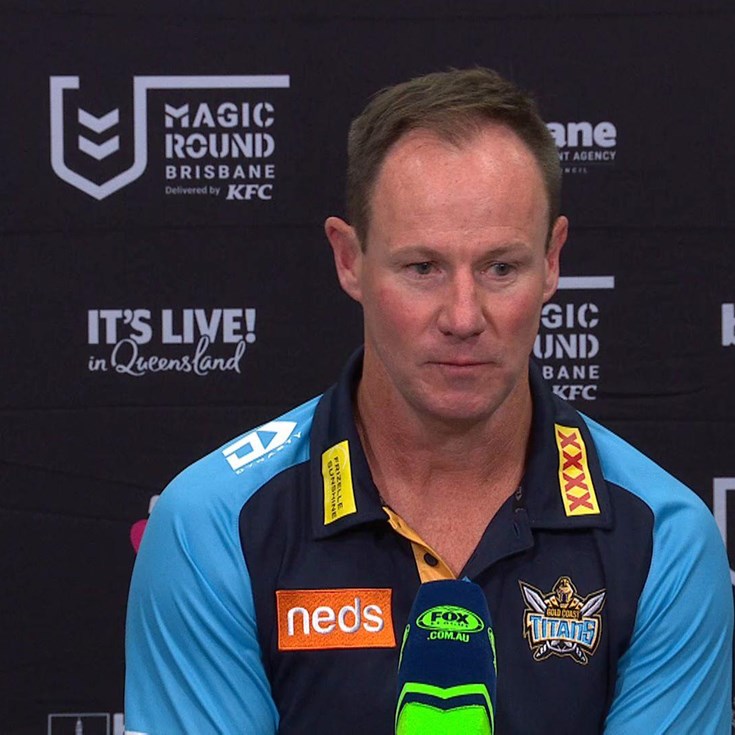