Will Matthews doesn't say much, on field he's always been the strong silent type who prefers to let his actions speak for him.

Off it, despite his beard and tough bushranger appearance, he's still just a shy, polite kid from the bush, but this week Matthews has had more than usual to say, proud as punch the Gold Coast Titans, Sunshine Frizelles Automotive and Hot Tomato are using the sell-out encounter against the Cowboys to raise funds and provide assistance to those on the land.

A Titans junior, Matthews grew up on the land in a strong farming community, he and his family have endured drought before and while like most farmers he is dismissive of the hardship, saying it is part and parcel of life on the land, the Titans forward concedes there are plenty across Australia going without, and even worse, watching as their stock and crops perish.

"There are always some tough times when you are a farmer, I can remember there was a drought there pretty bad out there about early 2000's where we were struggling and didn't have much water left and so yeah obviously there are tough times, but it's a great place to grow up being on a farm, the community spirit is always good and I loved living on a farm"

"The farmers they depend on the seasons and the rain, so without any rain they are going to be doing it tough, their stock depends on how much water they get so, obviously living in Australia it's a pretty dry country and especially the last couple of years it's been super dry so tough times for them"

While water is at the centre of the problem, Will says cattle prices tumble almost as quickly as the conditions on the land which is why he is so happy to be assisting the club to raise much needed funds for his farming friends.

"it's awesome seeing all the politicians and TV shows, radio shows and even us Titans getting behind them as well, trying to raise as much money as possible to, like I said help these farmers out, it's a tough time for them and they rely so heavily on the rain and without it they can't really do too much"

With the benefit of a record crowd, the TFH Gold Coast Titans have provided an opportunity for fans far and wide to contribute to the appeal and in doing so collect a host of sporting memorabilia.

There will be a Sunshine Frizelles branded farm truck on the precinct with an army of tin rattlers collecting donations.

LIVIN are assisting with proceeds from the 50/50 raffle being donated to the drought appeal and the Titans Community Foundation.

"for everyone that comes to the line, if they can dig into their pocket and give whatever they can, they will be collecting donations at the gate and there's some auctions going online at titans.com.au to buy some of the jerseys from the game, so if people can get behind that, it's all going to a good cause" 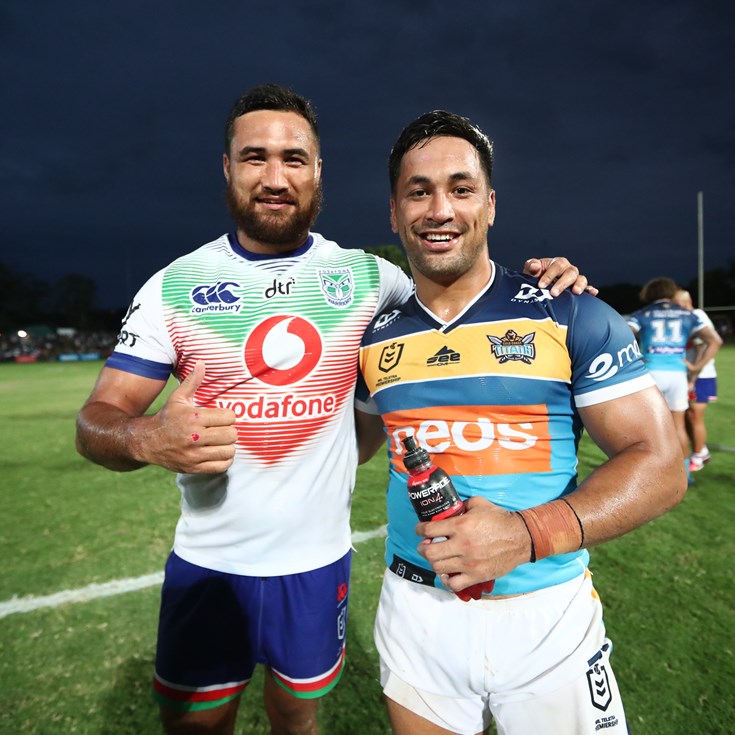 Presented By Sportsbet 4 hours ago
19:53