Gold Coast players have hailed fullback AJ Brimson's bravery to play on with a broken hand and dislocated shoulder in the final two rounds of the season.

Titans coach Garth Brennan revealed after the 30-26 loss to the Cowboys on Saturday night that Brimson sustained both injuries in the 42-34 win over the Manly Sea Eagles in round 24, but the 19-year-old refused to sit out the final game of the season.

Firebrand forward Keegan Hipgrave and Maroons representative prop Jai Arrow both told NRL.com they were not told of Brimson's injuries until Brennan alerted them in the dressing room after the clash.

Brimson's bravery echoes Titans great Preston Campbell's valiant act of playing 43 minutes of a clash against the Broncos in 2008 with a broken jaw.

Arrow, who played several game with broken ribs earlier in the season, was effusive in his praise of Brimson.

"To play with a broken hand and dislocated shoulder... that's a player that I want to play with," Arrow said.

"For him to do that is pretty special and I'd be happy to have him here for the next 10 years."

Hipgrave, who had played Queensland and Titans under 20s with Brimson prior to this season, said what the Titans fullback did for his team would inspire the team "for years to come".

"What AJ did just shows what a tough kid he is," he said.

"Us boys didn't even know he was playing with a broken hand and a dislocated shoulder until after the game, so to play the way he did is inspiring. On the other hand, it is not surprising because we know Brimo' will do anything for us."

Brimson was sore after the win over Manly, but oblivious to the extent of the injuries.

"I had a scan on my hand that night and told to keep it on the down-low. I rehabbed it through the week and got through the captain's run," he told NRL.com.

"I thought they might rule me out because of the break in my hand but my shoulder was real sore and I asked for an MRI, and they found all these little tears.

"I had it strapped, and it felt a bit awkward because it was my first shoulder strapping but I felt fine."

Brimson, who played 15 NRL games in a breakout season, shed light on why there was no way he was going to miss the Cowboys clash.

"I really wanted to finish the year off in first grade in my first year and I didn't want to let the boys down," Brimson told NRL.com.

"It was also a great occasion with Johnathan Thurston's last game but mostly I wanted to dig in for the team and let the team know that I am passionate and will do anything to get the win."

Brimson finished the season at fullback after earlier shining at five-eighth. His running game, energy, defensive clout and competitive spirit have all defined his year.

"But I'd like to think this is just the start," he said.

"I really just wanted to find my feet this year and hopefully I can take all this experience into 2019 and be a more confident player next year and get my hands on the ball more.

Arrow has no doubt that higher honours await Brimson.

"AJ has been a shining light for us. He came up through the ranks as a touch player and was one who didn't make all the rep sides, but he's a special kid and has come out this year and shown what he can do.

"He's definitely got a future in representative football." 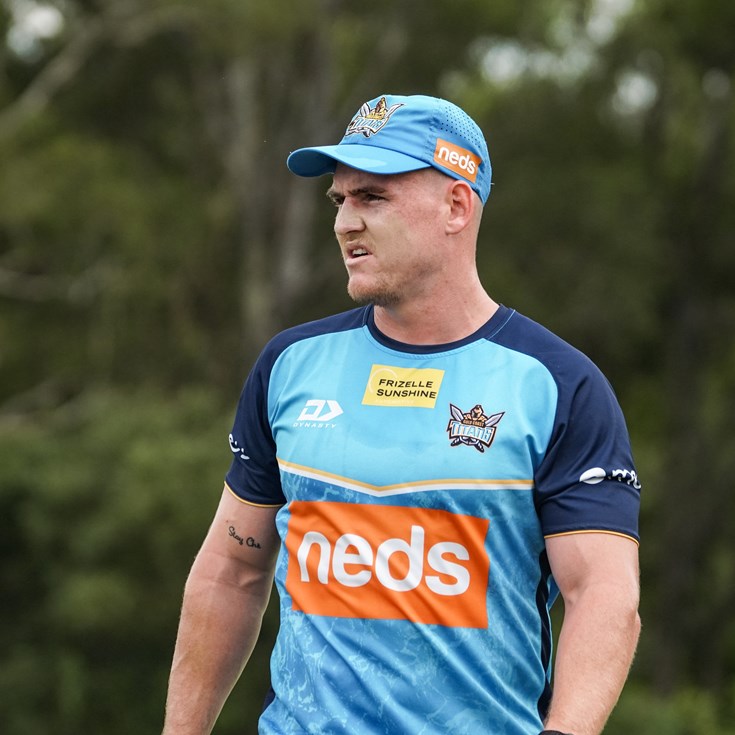