A year after the NRL needed to seek a loan following successive financial losses, the game’s governing body has delivered a stunning turnaround to announce a $42.8 million profit on the back of increased broadcast, sponsorship and digital revenue.

“This is a great result in the first year of the new broadcast cycle,” ARLC chairman Peter Beattie said. “We are now a $500 million revenue business.

"To put that into perspective, in 2017 we were a $350 million revenue business, while when the Commission was formed in 2012 our turnover was $180 million.

"This is extraordinary growth. And importantly as a result we have been able to deliver more money to clubs, states and grassroots rugby league than ever before.”

The financial growth follows increases for the game in other areas last year, including:

The NRL boasted the top-rating program on Australian television in 2018, with 3.52m viewers tuning in to the opening Holden State of Origin match, while the inaugural Women’s State of Origin attracted a cumulative peak audience of 919,711.

In a landmark year for women’s rugby league, the first NRLW season attracted a cumulative audience of 1.85m and matches boasted the highest average audience (67,948) of any women’s football competition in Australia last year.

With 29% of NRL matches decided by four points or less and only two competition points separating the top eight teams, crowds increased to 3,252,238 and cumulative television audiences across the Telstra Premiership rose to 116,2015,132 – vindicating the increased investment by broadcasters.

In addition, subscribers to the NRL Telstra Live Pass increased and the number of match streams grew by 89%.

More than 830,000 fans signed up for an NRL Digital account, with video on demand views increasing by 53% on the new NRL Digital network and 2.9m fans actively engaged across the NRL and NRLW social communities.

The haka tribute led by Warriors duo Jazz Tevaga and Issac Luke after teammate Roger Tuivasa-Sheck was named player of the year at the Dally M awards attracted more than 3 million views on NRL.com.

Newcastle experienced the biggest growth, up 35% to 18,017, while nine other clubs posted record membership figures.

These increases were partially offset by a decrease of $21.7m in football spending, and reduced costs of $6m for administration, and game, event and sponsorship departments.

Beattie said the increase in non-broadcast revenue had exceeded expectations.

"We know this is the first year of this [broadcast] cycle, which we knew would produce strong financial health for the game, but this is a result we can build on,” Beattie said. 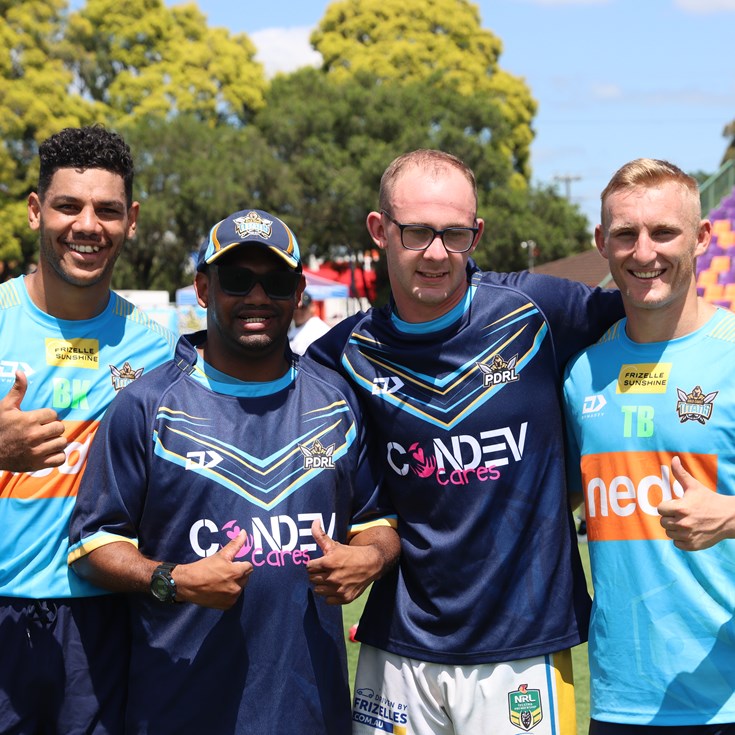 2021 Season kicks off for our Leagueability Teams

Presented By McDonalds 11 hours ago

Presented By Sportsbet 15 hours ago

Vote: Pick your Titans side for round 01