Community will be top of mind for two Gold Coast icons this year with Dreamworld and the Titans teaming up to collaborate on community engagement initiatives that aim to bridge gaps and create opportunities for the Gold Coast.

The partnership was announced at Dreamworld today by Titans CEO Steve Mitchell and Dreamworld CEO John Osborne, in the build up to the start of the 2019 NRL season later this month and will engage players and supporters for important community initiatives.

The two Gold Coast organisations have a lot in common including their tireless work to support the Gold Coast community and their dedication to developing and implementing a Reconciliation Action Plan (RAP).

The RAP helps both organisations build respect and understanding between the Indigenous and non-Indigenous community.

“This partnership allows the club to have a greater community impact across the Gold Coast and specifically the Aboriginal and Torres Strait Islander peoples,” said Steve Mitchell.

The Titans club boast one of the highest number of Indigenous player across the competition with nine from the top 30 roster, and Dreamworld is the largest employer of Indigenous people on the Gold Coast.

As well as employment, Dreamworld provides training opportunities for Indigenous people who are passionate about a career in the hospitality industry at Preston Campbell’s onsite training café, Presto’s.

The Titans’ Deadly Futures Program, run in partnership with the Preston Campbell Foundation, will continue to be held at Dreamworld Corroboree, as well as a staff and player cultural awareness training day.

“We are very pleased to be putting our support behind another Gold Coast organisation that is dedicated to supporting the local community and providing young people with invaluable opportunities while doing something they love,” said Dreamworld CEO, John Osborne.

“Both Dreamworld and the Titans are focused on building respect, relationships and opportunities within the community, so I couldn’t think of a better fit for Dreamworld than the Gold Coast Titans.”

The collaboration will allow Dreamworld and the Titans to support each other in their initiatives, with the Titans Fan Day planned at Dreamworld and WhiteWater World in April, and a number of other events including a Reconciliation Morning Tea and Physical Disability celebration day.

“Dreamworld is passionate about wildlife and we’re proud to announce that the partnership will also support the Dreamworld Wildlife Foundation’s efforts to ensure a strong future for koalas living in our community,” said John.

Dreamworld will also host events at the Titan’s home games including wildlife appearances, Indigenous performances and character meet and greets with mascots Kenny and Belinda throughout the season. 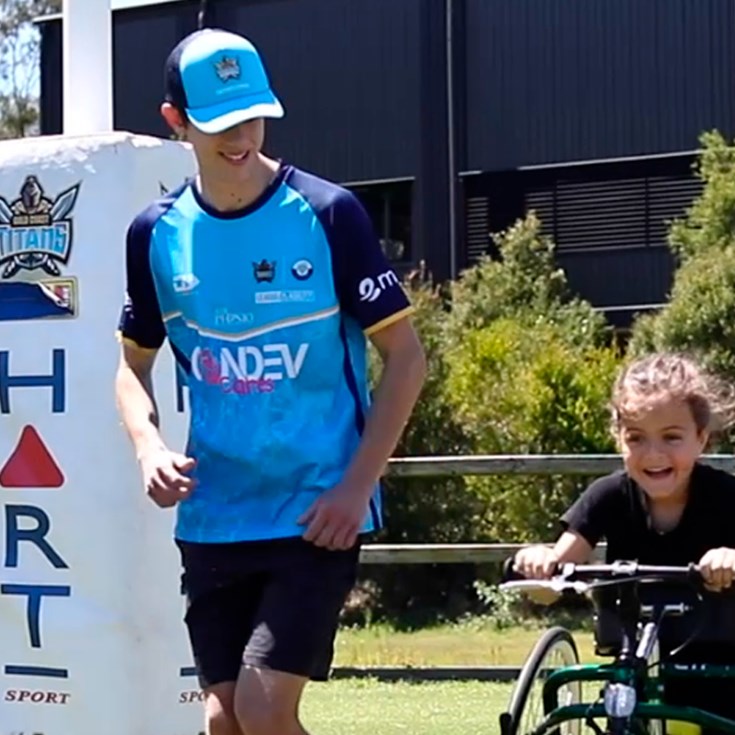 Presented By BSC 5 days ago

Titans Put Smiles On Faces Of Kids That Need It Most