Coach Garth Brennan has had his final media conference ahead of tomorrow night’s match against the North Queensland Cowboys, with five key talking points below to look out for:

There have been question marks over the inclusion of AJ Brimson due to injury and young prop Moeaki Fotuaika, who has been wearing a wrist guard this week, but Brennan has declared them both certain starters.

“He (Brimson) trained well on Tuesday and it pulled up really well,” Brennan said. “He’ll take his place on the bench.

“It’s off the back of the doctor’s information and his recommendation. He’ll wear a brace for a couple of weeks.

“(Fotuaika has) a bit of an issue with the wrist, but there isn’t any concern of him playing. I wouldn’t risk anyone if they weren’t 100 per cent ready to go.”

Prop forward Jarrod Wallace has spent the past two weeks sidelined due to suspension, but is a welcome addition to the side to take on the Cowboys.

“I am excited (to have him back). His last game against Penrith was great,” Brennan said. “When you’ve got an Origin player returning, it can only strengthen your side.”

Cowboys star Jason Taumalolo has again been included in North Queensland’s 21-man squad, and Brennan said the Titans have prepared as if he will be playing.

“We have (prepared for him to play),” Brennan said. “I think he was close last week. We’re anticipating him to play.

“If he doesn’t, they still have plenty of representative forwards out there.”

Two wins from the past three matches has kept the Titans in a good mood, but Brennan says he is not concerned about losing momentum if his team stumbles against the Cowboys.

“No, not really. The fact that we played well at the start of last week gives us some confidence, but we need to be better and need to be able to carry-on with that momentum we had,” he said.

“I’m still really confident the boys can turn it around. It’s not panic stations, but this week is really important, as is every game.”

The Titans are the most penalised side in the competition and Brennan stressed that the on-field discipline simply needs to be better.

“I don’t think we are being targeted, we need to be better disciplined. We’ve spoken about it each week, we want to work with the referees.

“The penalties are hurting us. We’re conceding tries off the back of penalties which hurts as well.

“We’re not blaming the referee. We need to be better.” 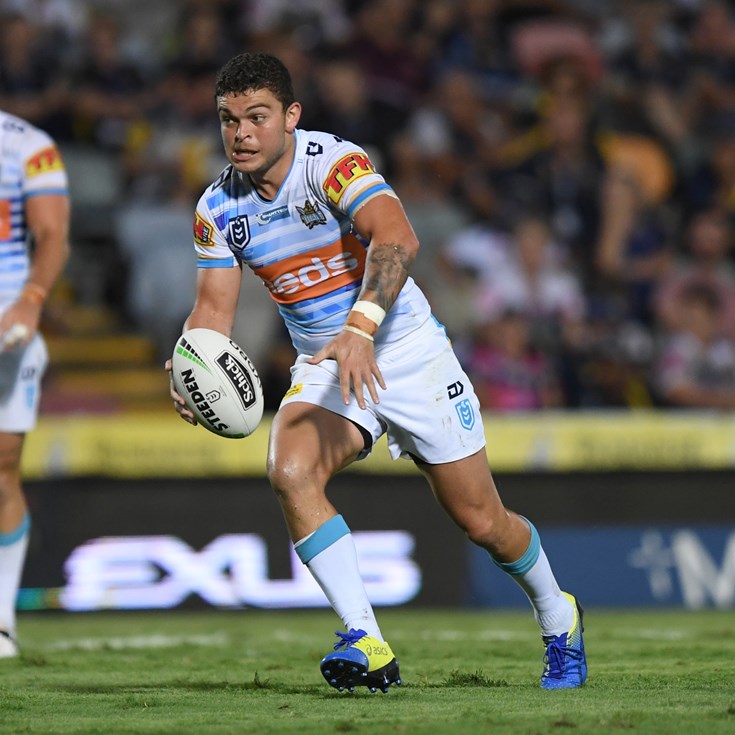