Gold Coast winger Jesse Arthars may have had some near misses early on in the season, but the 21-year-old was happy to cross for his first four-pointer during Friday’s match against the Parramatta Eels.

The Helensvale junior made his NRL debut back in Round 9 against the Cronulla Sharks at Suncorp Stadium and was denied twice on his way to the line that would have given him the perfect start to his career.

After spending time on the wing and centre during his nine game NRL career to date, Arthars has been able to assist in a number of tries but wasn’t able to cross the stripe himself until Friday night.

“It was a tough one out there (tonight),” Arthars said.

“I was stoked to get the try, and it’s something I’ll remember forever.

“I was lucky to get over the line.”

Arthars missed four matches through the middle period of the year but is glad he is now being able to continue his development at the highest level.

“I think for me it’s being able to play footy week in, week out that has helped my confidence grow,” he said.

“It’s obviously giving me that experience of performing against NRL players each week and being at that standard.”

It’s been a tough period for the Titans, with wins being hard to come by, but Arthars is adamant that the hard work being put in during the week will soon translate into results when it matters.

“We all want to finish strongly. We need to rip in during the week and then perform on the weekend,” he said.

“If I’m in next week I’ll be looking to put my best foot forward and I want to continue to develop as a player.

“We know the results haven’t been coming, but hopefully we can string a few wins together before the end of the season.” 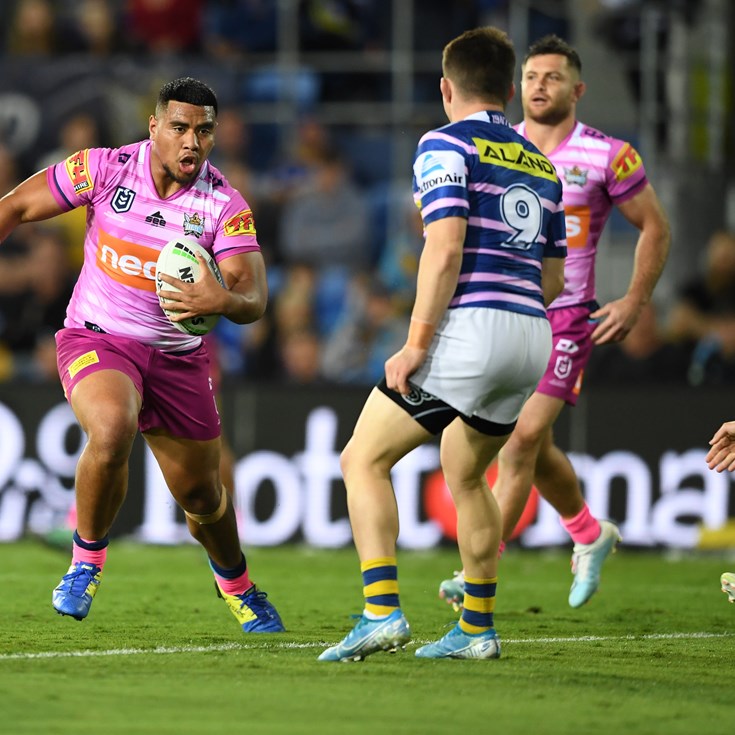 Top-Six Eels Too Slippery For Titans At Robina