Senior Coach Craig Hodges has held his final media conference ahead of tomorrow’s match against the Newcastle Knights.

Here are five talking points ahead of the match.

1. Is Kevin Proctor good to go?

“The squad is as per program, we’ve had a few guys a bit touchy during the week but they’ve pulled up ok. Hopefully our improvement continues this week,” Hodges said.

“He’s had a fair bit of extra treatment through the week. He’s been immobilised at the front of the week but he’s come good as the week has gone on.

“Jesse (Arthars) was the other main concern, because of the concussion he had last week.

“On a short turnaround, he had no room for error and he’s passed everything so that is a good result.”

2. The Knights will be a threat after turmoil

“I’m fully expecting to face a dangerous side on the weekend,” Hodges said.

“They’ve been questioned on a lot of levels personally and professionally this week, so I’d think they’ll bring their best football. They’ll want to make up for that.

“There are some quality players in their side. If you poke them a bit and they bring their best football, they become quite dangerous.”

“Our first priority is us, because that is all we can control,” Hodges said.

“I know it hasn’t always looked it on the scoreboard, but I’ve been pretty comfortable with our improvement each week.

“If we do all of our things right, I’m pretty confident we’ll get a lot better results against the Knights than we did against the Storm.”

4. Hodges settles his own future

“Yeah I’m excited about that,” Hodges said of his appointment as Head Coach of Easts Tigers for 2020. “I need to finish thing off here first, but they’re a wonderful Queensland Cup side.

“I’m excited to run my own team and to be in charge of my own club.

“They’ve got a wonderful affiliation with Melbourne (Storm) and there is an opportunity there for some personal development.

“I’ve given my own future a lot of thought behind closed doors, and I think that is the best option moving forward for myself and my own growth.

“I still want to finish off these last two weeks strongly.”

“For a club like us, he’s got the right work ethic and he’s an effort-based player. He’s an important piece of the puzzle.

“He’s always played above his weight, he’s always done everything you need him to do.

“Hopefully that future is at the Titans.” 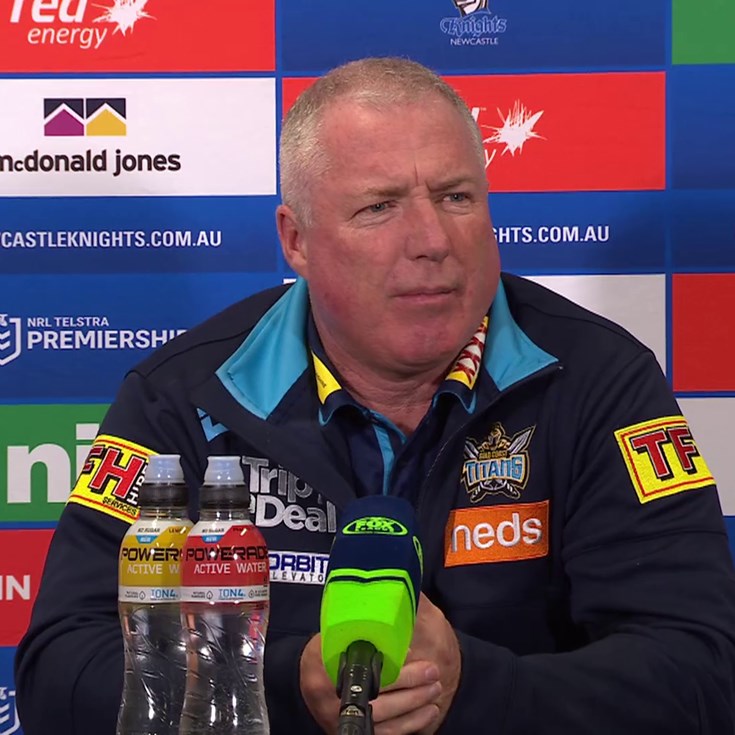 Fotuaika extends stay at Titans until end of the 2022 season