Nathan Peats has not shut the door on a full-time shift to lock in 2020 after a successful late-season cameo in the Titans No.13 jersey.

Peats, who played three games at hooker for NSW in the 2017 State of Origin series, has been the Gold Coast’s first-choice rake since joining the Titans mid-way through the 2016 season.

But as injuries decimated the Titans’ forward stocks in 2019, Peats was asked to fill in as a middle forward in the back end of the season.

The move proved a success as Peats and Mitch Rein were able to operate together, giving the Titans extra mobility and strike in the middle of the field.

With the role of the lock in the NRL evolving into more of a creative, ball-playing position – lead by the likes of Manly’s Jake Trbojevic – Peats said he is keeping his options open about what position he will play under new Titans coach Justin Holbrook in 2020.

But after starting his career at lock while playing with South Sydney and Parramatta, Peats said a return to the back of the scrum could be an option for him next year.

“We (Titans) only had one front-rower to choose from for a lot of those games, so that meant I had to push up to lock,” Peats said. “I am obviously just on that borderline with weight where I am able to handle it a bit better than some other hookers can.

“I enjoy hooker too, but I have only been playing hooker for a few years, so I am still learning the game.

“It was only when I got to Parramatta that I really started playing hooker. I am quite comfortable at lock too.

“I was just doing whatever was best for the team. If I had to play wing I would have – but I’m slow, so it doesn’t really matter.

“Wherever I can fit in with the team. With me and Reiny working together, it seemed to work well at the end. Like I said, we had no middles, and I enjoyed it.”

Peats is very aware he cannot be a Titans lock in the mould of Cowboys hulk Jason Taumalolo, but said depending on what style of play Holbrook introduces for the Gold Coast next year, the chance to be a link player in the middle of the field held some appeal.

“Back in the day at Parramatta (playing lock), I was just as another forward, and that is how it has been for years,” he said. “But I remember watching guys like (former Roosters lock) Luke Ricketson, who were doing all the ball-playing.

“Obviously with my size, I am not going to be breaking tackles or making 20-metre hit-ups like a Taumalolo. But it does give me a chance to link up through the middle and run those shapes. That is something I enjoy.” 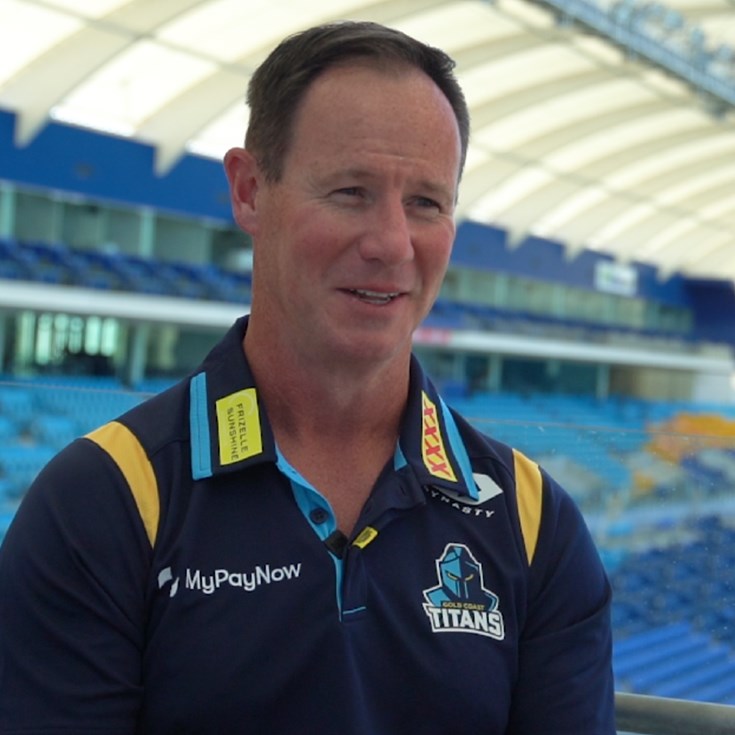