Australian representative Jai Arrow knows he is not the quickest man on the field at this weekend’s World Cup Nines in Sydney, but hopes the other attributes he brings to the game will allow his Aussie teammates to reap the rewards.

Arrow is currently in camp with the Australian squad ahead of the much-anticipated tournament at Bankwest Stadium in Sydney, and is looking forward to being part of the new concept.

The Burleigh junior is known for doing the “tough stuff” in the middle of the field and says that will be his first focus before looking to get the ball out to the speed men.

“I pride myself on my defence, and I think I’m mostly there for my defensive efforts,” Arrow said.

“I’m someone who bases my game on the dirty work that no one likes doing – pushing up on the inside and making my tackles.

“Hopefully I can bring those effort areas and make my one-on-ones.

“I’m not the fastest bloke in the world, so I don’t know about running around them. But hopefully I can give the ball nice and early to the nippy blokes – guys like KP (Newcastle’s Kalyn Ponga) and (Ryan) Papenhuyzen – and they can do the rest of the work.

“I want to bring that effort and energy and hopefully go alright.”

Arrow: ‘I would love to stay on the Gold Coast. That’s my preference’

Joining Arrow as part of the Australian side is Titans young gun AJ Brimson, Arrow believes will flourish in his first senior representative outing.

“He’s a freak of a talent, and is a fast player,” Arrow said.

“His game will suit this, and I can’t wait to see what he can do.”

And despite an expected try-fest across the two days, Arrow is not expecting to challenge Brimson on the scoresheet for scoring the most tries.

“I’d put my money on AJ any day of the week,” Arrow said.

“He definitely scores more tries than I do, so I’d be backing him every day.” 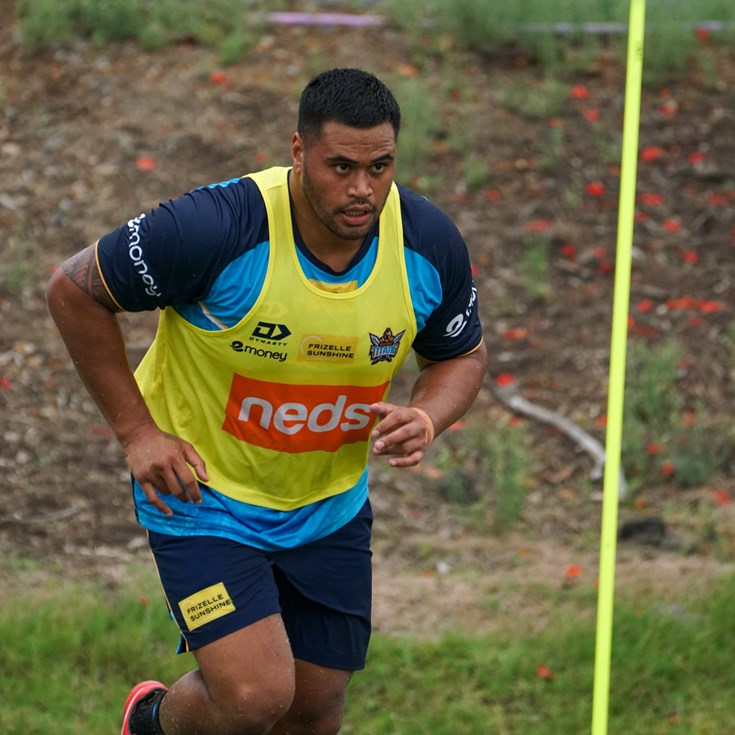 IN THE SHEDS: Jai Arrow