English rock star Elton John might be about to start his Australian tour, but Titans star Kevin Proctor says the Gold Coast’s own “Rocketman” is already hitting the right notes at Parkwood.

While the Titans playing group is responding tremendously to the new leadership of Super League premiership-winning coach Justin Holbrook, Proctor said the input and influence of assistant coaches Jim Dymock and Jim Lenihan is just as important.

Both Lenihan and Dymock are new to the Titans this season – Lenihan fresh off an Intrust Super Cup premiership win with the Burleigh Bears, and Dymock after stints as assistant coach at Cronulla and Canterbury following a spectacular playing career.

The new voices were bring a new direction to Titans training, with Proctor revealing Holbrook’s two assistant bring very different, but equally important, qualities to the Gold Coast’s preparations – laughs and attack from Lenihan, and defence and the occasional rocket from Dymock.

Brimson To Make Fullback Position His Own

“Jimmy Lenihan, he is a character. He brings all the energy at training,” Proctor said. “I like his style of attack.

“He is pretty smart – he doesn’t really look too smart – but he is quite switched on.

“All the boys are really enjoying his attack.

“He is pretty straight up. If you’re stuffing around, he will give you a rocket as well, which is good because sometimes the younger boys seem to stuff around a little bit, and he just gives them a serve straight away.” 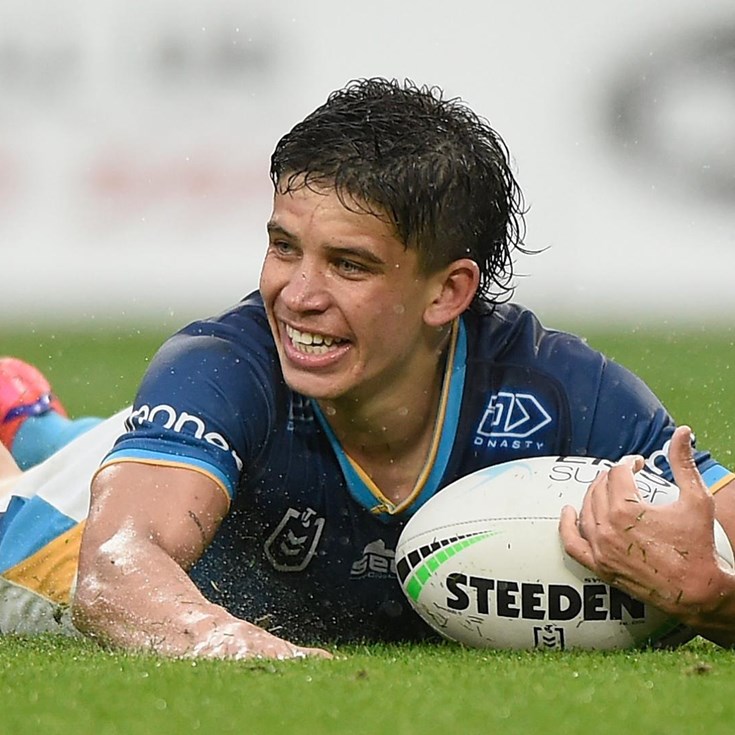