Dynamic Gold Coast Titans fullback AJ Brimson has confirmed he is on track to be playing in the trials in 2021.

In welcome news for Titans fans, and the Coach alike, the Origin representative says he will be back to full training early in the new year.

"I should be back to full training come February, so I should get some trials in." Brimson said.

Join the Titans Legion and become a 2021 Member today

Speaking at the Titans announcement for the 2021 All Schools Touch Tournament last week (more info), Brimson explained how the injury came about during his State of Origin debut in game 1 of this year's series.

"Lisfranc without completing rupturing the ligaments, just a sprain.

"As I caught it someone was coming down to jam me and I went up onto my toe and did some ligament damage." Brimson said.

The fullback also expressed his excitement at re-forming his combinations with the other members of the Titans 'spine' (halfback, hooker, five-eight, fullback) in 2021. 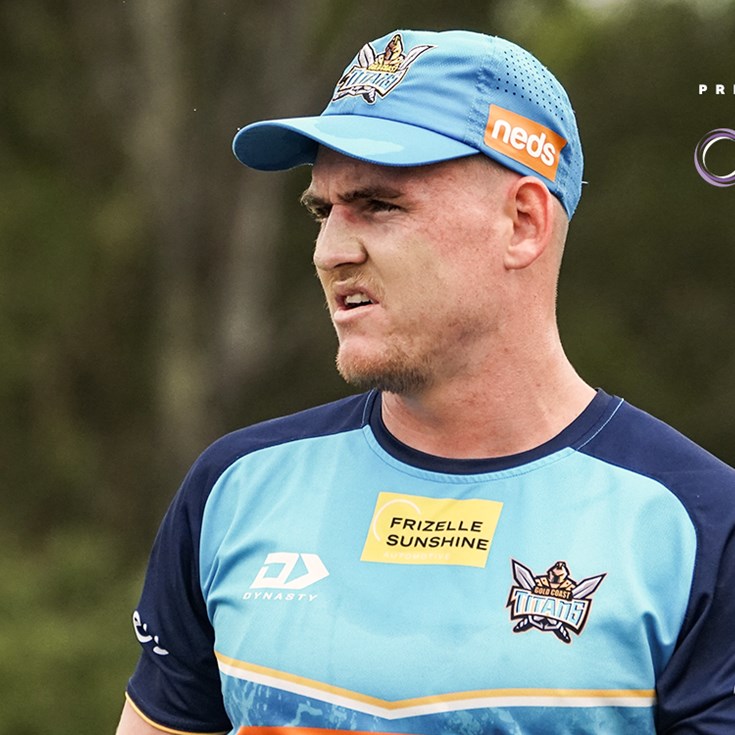 Sami on the mic: Titans winger takes over media duties