Kalyn Ponga has been named to make his return from shoulder surgery while Newcastle coach Adam O'Brien has had to call in reinforcements for Saturday's stoush with the Titans.

The star fullback will make his first appearance for 2021, returning in the No.1 jersey to replace Tex Hoy (hamstring) while Blake Green has been elevated to the starting side for Mitchell Pearce, who is facing 10 weeks out with a pectoral tear.

O'Brien has elevated development player Chris Randall to the interchange for what would be the hooker's first NRL appearance since the last of his seven career appearances in 2020.

Teenage playmaker Simi Sasagi and development players Jack Johns, Brayden Musgrove and Garrett Smith fill out an inexperienced four-man reserves list as the club deals with its worst injury toll in more than a decade.

What Pearce's surgery news means for the Knights

NRL.com expert Brett Kimmorley said on NRL Teams that the loss of both starting halves puts "a huge hole" in the Knights team despite the timely returns of Ponga and Green.

"The last two losses for the Newcastle Knights have been extremely poor losses as well," Kimmorley said.

"They had Mitchell Pearce's 300th game to get up for and lost to the Tigers.

"They had the coal miners' jerseys on last week in the Alex McKinnon Cup and I know some key injuries made this game available for the Dragons to win but they've had some back to back losses which they wouldn't have anticipated when they looked at the draw and now they lose their halfback for a long long time, they've got some injury concerns."

Kimmorley questioned whether Green was ready to return given he was held back on the bench even after Pearce and Hoy were ruled out of the game.

"There's a little bit of pressure on the Newcastle club; they certainly need to start winning, you can't fall down the bottom of the ladder and rely on winning late games," he added.

"Kalyn Ponga will give any football side a lot of confidence but you can't expect him to come back from his surgery and say 'mate come and do everything for us'."

Newcastle needed to seek exemptions from the NRL to name the development players in their 21-man squad with 11 players from their 29-man senior roster missing through injury.

The Knights are are also without Jacob Saifiti after he accepted a one-week ban for a shoulder charge. He was handed a grade-one offence for his hit on Dragons winger Mikaele Ravalawa and could have been out for two games if he unsuccessfully challenged the judiciary.

Rep forwards David Klemmer (knee) and Tyson Frizell (ankle) are also in doubt for the match but have been named.

Ponga is still no guarantee to play with O'Brien not willing to risk the star fullback if he's not fit.

Green has only just returned from an ACL tear with a 30-minute stint in Sunday's loss to the Dragons.

The trio join Bradman Best (elbow) and Phoenix Crossland (knee) who were sidelined in recent weeks.

Kimmorley's fellow panellist Robbie Farah said while Ponga may not solve all Newcastle's problems, his return would still lift the players around him.

"When you lose Mitch Pearce and Kurt Mann and you can bring in Blake Green and Connor Watson, both guys with a lot of energy and NRL experience, you're not throwing kids in there," Farah said.

"You'd like to think they can handle the changes and still be able to direct the team around the park. For those two halves coming in, the fact that Kalyn Ponga's at the back now will definitely help them."

In a further blow, English import Dominic Young, who made his NRL debut in round three, picked up a knee injury in reserve grade last Sunday.

His fellow UK teammate Bailey Hodgson, the nephew of Raiders co-captain Josh Hodgson, is also sidelined with a knee injury.

Maroons representative Edrick Lee (foot) and back-rower Lachlan Fitzgibbon (shoulder) remain a few weeks away from their first games of the season after picking up injuries in February.

The injury toll is reminiscent of their 2007 campaign when they used 37 players across the season and narrowly avoided the wooden spoon. 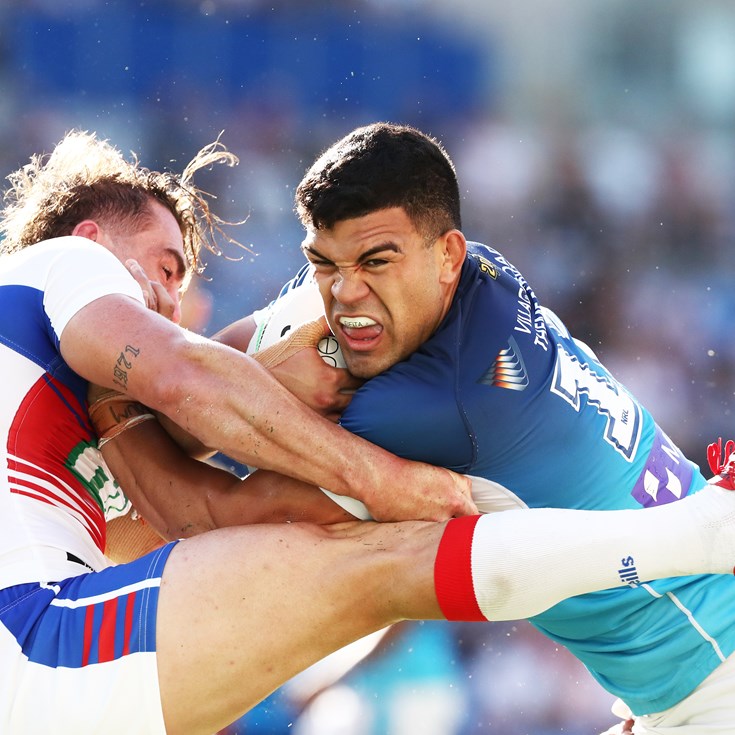