Titans Coach Justin Holbrook says his side is "desperate" to put in a good performance against Manly at Cbus Super Stadium tomorrow.

Holbrook says after two close losses, the focus has been on turning those performances into wins when the Titans come up against Manly.

"We've been getting better," Holbrook said.

"We've come close the last couple of weeks and we've just got to keep working that little bit harder and turn those narrow losses into a win.

"We're pretty desperate to get a win tomorrow."

Manly stunned the Titans in their last meeting, with Tom Trbojevic running riot in his return game.

Holbrook says his side will be ready to limit the impact of the star Sea Eagle.

"We've just got to make sure we're playing well ourselves and give them the ball in tough situations.

"We don't want to give him too many opportunities to attack because we know what a dangerous threat he is so we've got to make sure we do a good job on where we give him the ball."

The Titans Coach is hoping a large crowd get behind "Inspire Round" and after having Members join today's Coaches Run, Holbrook says his side is keen to put on a good performance for them tomorrow.

"It's great to have our members here to see our players and I noticed a real shift last week when we were making a good comeback against the Roosters just how noisy the crowd got and the players appreciate that and so does everyone at our club.

"We need a big crowd out there tomorrow, we've fallen just short the last couple of weeks and the crowd do make a big difference.

"The more supporters we get the better it is for us.

"Hopefully we can play that little bit better and get a win tomorrow and keep everyone coming back to Cbus." 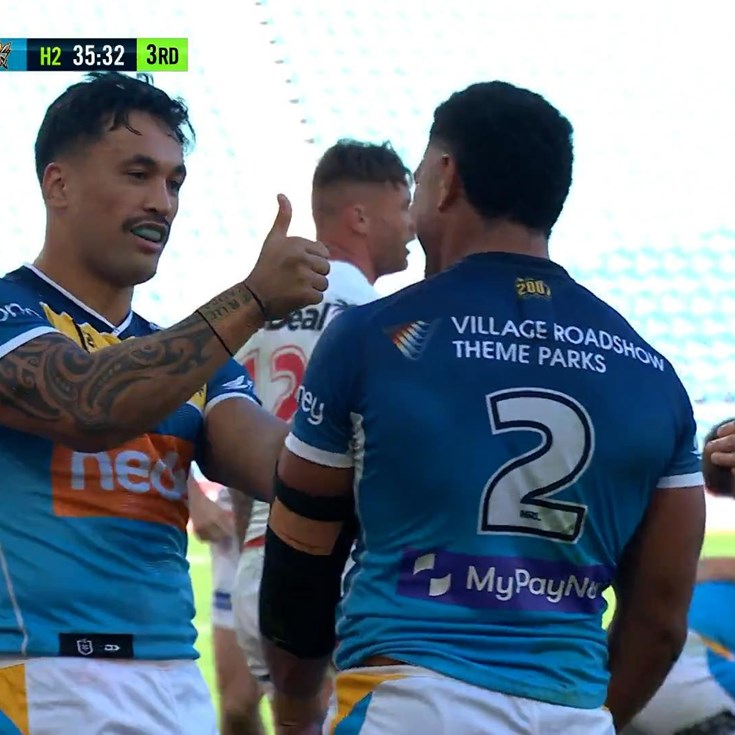