The Gold Coast Titans have added four new faces for Thursday's clash against the Melbourne Storm.

Jayden Campbell, Sam McIntyre, Erin Clark and co-captain Jamal Fogarty all return to the line up for the round 23 clash at Cbus Super Stadium.

Campbell will replace AJ Brimson (jaw injury) at fullback and will play his fourth NRL game after making his debut against the Storm earlier in the season.

Fogarty returns at halfback and will play his first game after recovering from a finger injury.

Erin Clark has been named at hooker, with Mitch Rein dropping to the extended bench.

Sam McIntyre returns to the side at lock, with Tino Fa'asuamaleaui moving to the front row.  Moeaki Fotuaika will miss the match as he continues to manage a knee complaint. 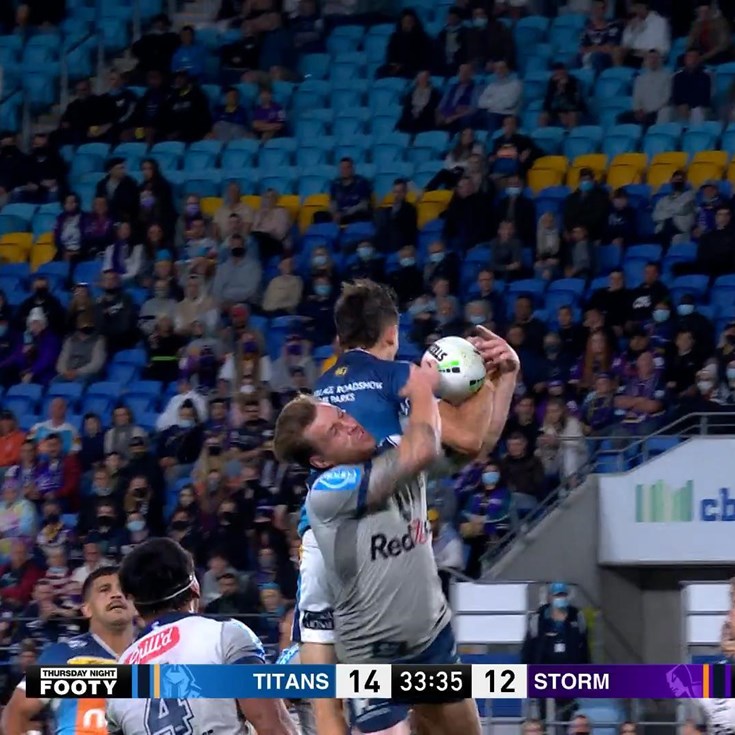 Something special from Jayden Campbell

Peachey straightens the attack to score late for the Titans

Herbert taps it back and Campbell collects it at speed