Captain Ryan James is expecting a big challenge tomorrow afternoon when his side tackles the Knights, in Newcastle.

Knights halfback Mitchell Pearce returned from injury last week to steer them to victory over the Eels and James knows he is the orchestrator behind everything that they do. He's also aware that the contest starts in the middle and controlling their forwards will go a long way towards containing Pearce.

"They're starting to build a good side," James said.

"With Junior Pearce back, they're a better team. We need to stop their forwards so he can't take control."

There aren't many tougher road trips than the one to Newcastle but James thinks it is great when able to play in front of a big and passionate crowd.

"They get behind their team and they're building towards something special. It's always a good contest and they're very passionate."

The Bilambil junior certainly knows the value in having both Jarrod Wallace and Jai Arrow in the side and believes they compliment each other.

"Jarrod was great for us last week. To show up and do what he did against the Roosters was great and to have him and Jai back is good. Seeing them work together is good for us.

"Jai's a big part of our side, we had guys to back up for him but he's definitely our starting lock and to have him part of the side is a boost." 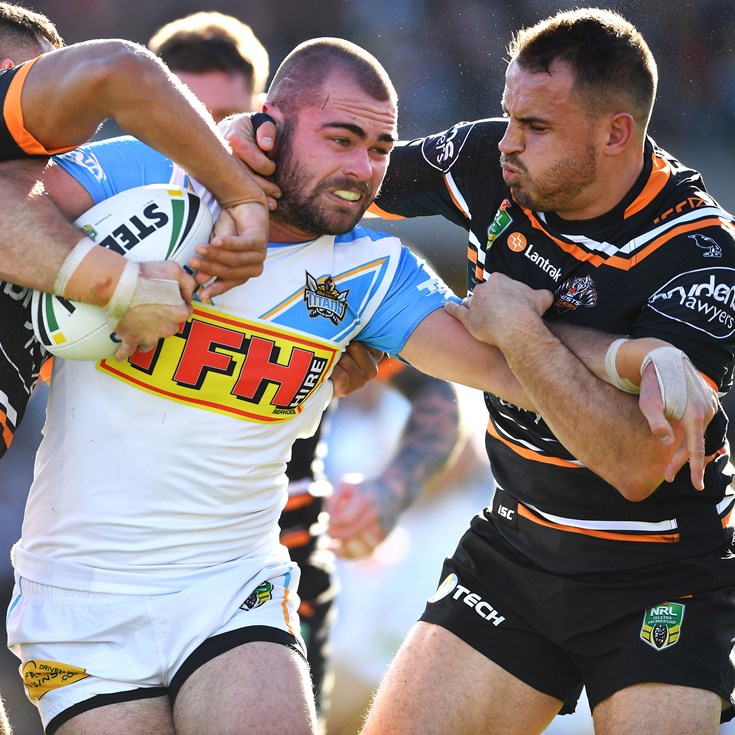 STOCKWELL: We haven’t stepped up

BRIMSON: I got through ok

BRENNAN: It's important we finish strongly