Titans coach Garth Brennan has held his final press conference ahead of tomorrow night’s match against the Manly Warringah Sea Eagles in Sydney.

Here are the five talking points ahead of the match:

Forward Keegan Hipgrave has not played since Round 8 and after on-going hamstring and back issues, but the Nerang junior looks set to go tomorrow night.

“I’m confident that he’ll be right,” Brennan said. “All things are pointing that way, so he should be good to go.

“He feels great. He’s had a few weeks off, but we do need to manage him. We do need to monitor him through the week and in the game, but at the moment he’s saying he’s feeling the best he’s ever felt.”

Lock forward Jai Arrow left the Captain’s Run training session early due to injury, but no decision has been made about whether he will play against the Sea Eagles until the results of further testing are known.

2. Coming up against former Titans

“(Moving to another club helped) to get out of their comfort zone, and they challenge themselves. All three boys are playing good football, but I don’t want them playing well tomorrow night.”

3. The mounting pressure on Ash Taylor

“I think he’s (Taylor) got his people that he listens to. He’s been speaking with Mal (Meninga), I do as well, he’s got the people that he trusts,” Brennan said.

“He’s got to keep working hard. I don’t think he’s playing bad. He went to the line a number of times last weekend, which is what you want from a halfback.

“He’ll keep working at it, but hopefully we see the best out of Ash Taylor in the near future.”

4. The expectation and pressure to perform

“It’s the nature of the industry I’m in, it’s a result-driven business,” Brennan said.

“I’ve chosen this business to go in. Myself, Mal, the players – we understand, it’s the nature of the industry we’re in. We’ve got to perform.

“I don’t lie awake at night thinking about my tenure or my job, I lie awake worrying how I can turn this team around and getting them to play some good footy. If I focus on my job, I lose focus on what I need to do.”

“They’re (Manly) competing very hard for 80 minutes,” Brennan said. “Des (Hasler) is doing a fantastic job, and he’s got his team flying at the moment. He’s got some quality in his pack, so they’ve got a really good base there to play off the back of.

“Jake Trbojevic I think is fantastic. His willingness to compete and win everything is a bit of a reflection of him, and it’s rubbing off on the rest of the team.”

The Titans take on the Sea Eagles tomorrow (Friday) night with kick-off at 6pm. 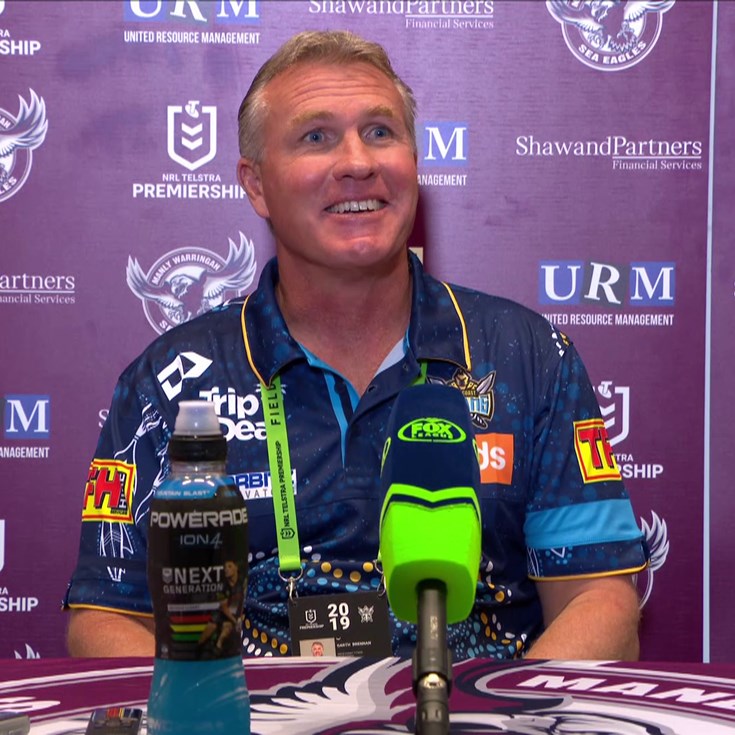 Arrow ruled out of match vs Sea-Eagles