Jai Arrow "can't wait" to reunite with Wayne Bennett in Maroons camp as he hits the training field in Brisbane in preparation for next month's State of Origin series.

The Maroons go into camp on NRL grand final day and on Monday the players not involved in the finals series had training scheduled at hubs in Brisbane, Sydney and Townsville.

The available south-east Queensland based players were taken through their paces by trainer Alex Corvo. Arrow, Titans teammates Moeaki Fotuaika and AJ Brimson and Brisbane's Pat Carrigan all took part in the session.

Broncos winger Xavier Coates and Titans flyer Phil Sami were unavailable and still on a break.

Arrow made his Broncos debut under new Queensland coach Bennett in 2016 and will join him again at the end of the season in clubland when he joins the Rabbitohs for the 2021 season.

First up is Queensland camp, and Arrow said new Maroons squad members including Titans trio Fotuaika, Brimson and Sami would thrive under the tutelage of the mastercoach.

"Wayne definitely knows all the right things to say and how to get you up for a game and will be a massive influence on the young kids coming in," Arrow told NRL.com.

"I am sure they will do the job for him because as a player you want to play for him and that is a great attribute to have as a coach.

"We are doing a bit of training today in Brisbane so we stay as fit as we can and aren't behind the eight-ball when we go into camp in a couple of weeks.

Then there were four …

"I am driving up with Brimo' in the car to training now and I am really proud of him, Moe and Phil Sami and I can’t wait for them to get their Origin experience in camp and to see all the past players in the camp."

The workhorse enjoyed being coached by Kevin Walters who gave him the first of his four Maroons caps in 2018.

Now Walters has moved across to coach the Broncos the 25-year-old is excited to be under Bennett.

"Wayne has been a massive influence as my first coach and the guy who gave me my debut first-grade jersey," Arrow said.

"He is big on the basics and doing all the one-per-centers right and I pride myself on doing the little things that no-one notices.

"I was really happy when he was named Maroons coach and I can’t wait to be coached by Wayne again after spending two years at the Broncos with him."

The finish to the season has been a triple-treat for Arrow after being named in the Maroons squad, the Rabbitohs making the preliminary final and the Titans ending the season on fire.

"I am very privileged to get picked in the Origin squad again and Souths are travelling really well at the moment, and then obviously I finished off well at the Titans, a club really dear to my heart," Arrow said.

"It would have been better to be playing finals but we did finish off with the five wins in a row so I left on a good note." 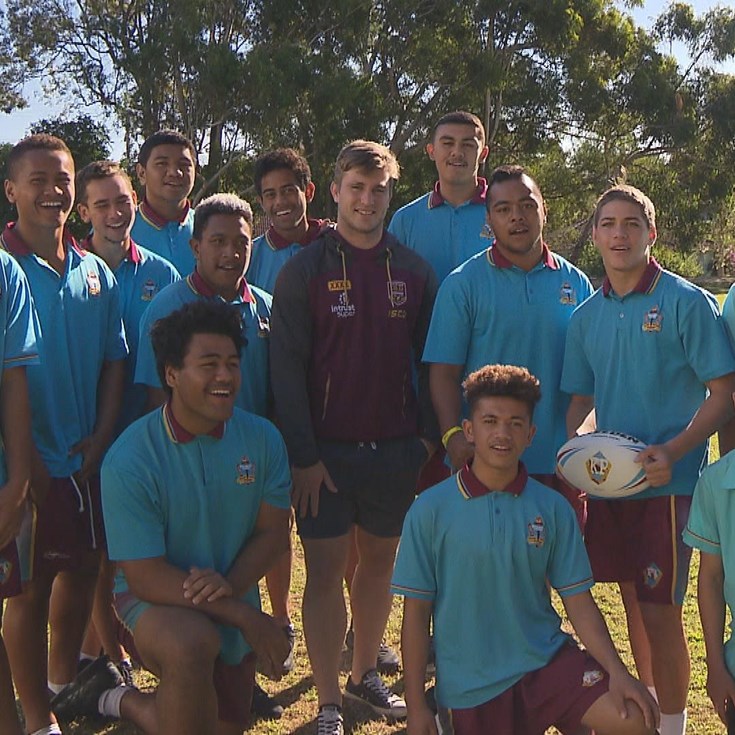 Maroons jersey up for grabs in Arrow clash with Papalii