Titans fans, AJ Brimson is back.

After suffering a foot injury in his State of Origin debut, Brimson has returned to the training paddock and is on track to take his place for Round One.

"The injury is going well at the moment," Brimson said.

"Second week of running now, just putting some more weight-bearing onto it and then hopefully within the next three to four weeks I will be able to join the main group and do full skills sessions.

"Currently I am just doing straight line running and a little bit of 's' runs to get a bit of swerve through it.

"Just so I can integrate and get into the full squad, because I think they run about 18km a week.

"At the moment for the Lismore trial (against the New Zealand Warriors on Saturday 27th February), I am not 100% sure.

"I think I will be ready to play it is just whether it is worth the risk, but I will leave that up to the physios and the coaches."

After a huge finish to the season that included five straight wins with the Titans to finish the year, Brimson was able to enjoy some well earned rest after the Origin series finished.

"I had Christmas at my house and I hosted it for the first time ever.

"I had the in-laws over, my parents over, which was pretty easy which meant I didn't have to do much.

"I went down to Byron Bay for New Years Eve and got to get away and come back fresh and ready to go.

"My annual Boxing Day event didn't let us down and easily the best day of the year for me with a dress up party - fifth year running so I cant complain, it was a good day.

"The Dora the Explorer outfit, I was googling cartoon characters and that kind of popped up and I thought that worked well and kind of suited me," he laughed.

Back on the training paddock, it's one of the young guns that has caught Brimson's eye.

"The person that has impressed me the most is young Jojo Fifita," he said.

"He only just turned 18 and because I have been doing rehab work with him, he is very professional and he is a bit of a beast on the bike and on the field." 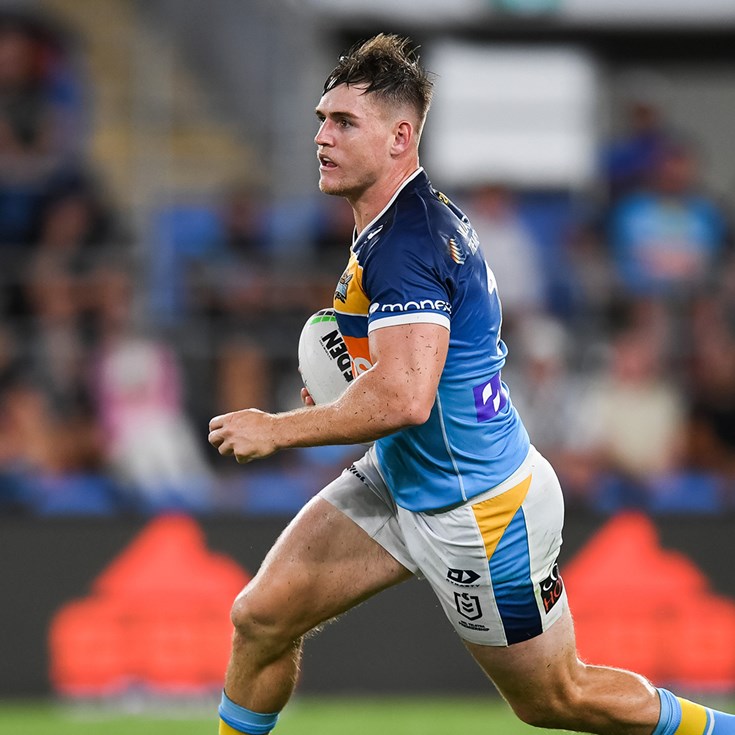