Titans Co-Captain Kevin Proctor has called out the bench for praise after the Club’s local derby win against the Brisbane Broncos on Friday night.

After a tight first 20 minutes, Proctor says the Titans bench players really provided a lift when they hit the field as the Gold Coast thrived before half-time to set up the victory.

“When the bench came on they really changed the momentum of the game,” Proctor told the 'Continuous Call Team'.

“Sam Lisone, when he came on he was running from the back fence and he really put a dent in their line.

“We were really happy with our bench players.

It was a bit of an arm wrestle through the first 20 minutes.

“We are just glad we held them out.

“They had about five or six sets on our line and we held them out well and then we finished that half really well and that put us in good stead for the second half.”

Erin Clark and Jaimin Jolliffe both scored their first NRL tries in the match against the Broncos and had huge impacts, while Lisone and Tyrone Peachey also provided spark.

Proctor says the quality of the bench, and the players missing selection, shows how deep the Titans squad is in 2021.

He says this gives players confidence that they can return to finals football.

“We’ve got the squad to do it and we’ve finally got some depth in the squad which we’ve lacked the last couple of years,” Proctor said.

“To have depth in key positions really helps us this year.

“I know we’ve got a lot of expectation on us this year as a team but we’ve just got to take it week to week and not get ahead of ourselves.”

The Titans have another Queensland clash in round three, with a trip north to Townsville to take on the Cowboys before returning to Cbus Super Stadium in round four for a battle against the Canberra Raiders.

Despite being pleased with the win against the Broncos, Proctor says there are some things to build on against another rival this week.

“The first 60 minutes we were happy with but we weren’t too happy with the last 20 and how we closed out the game.

“It was a good start and we can only get better from here.” 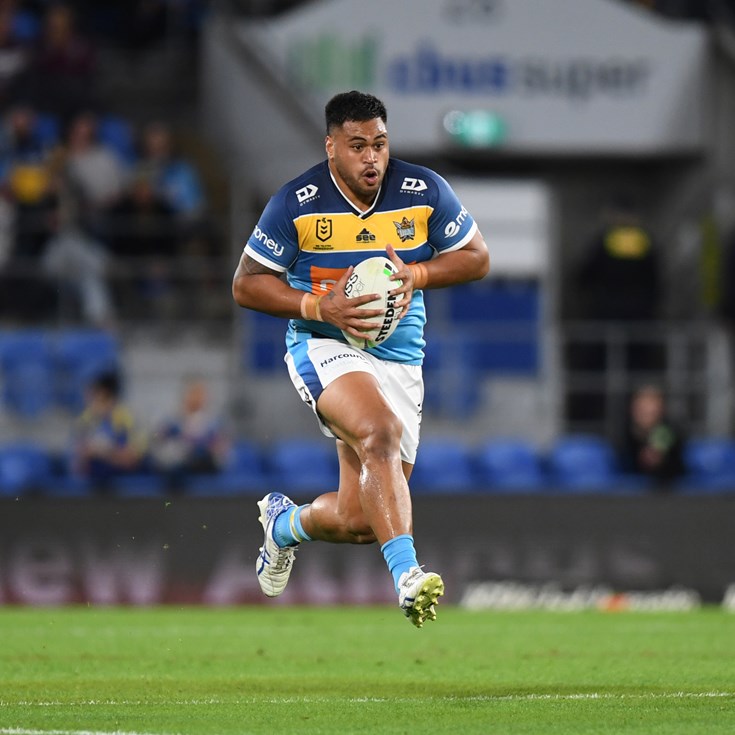