Herman Ese'ese became Titan #163 when he made his Club debut against the Brisbane Broncos in round eight.

The former Bulldog, Bronco and Knights player says he was excited to run out to represent the Gold Coast for the first time.

"Obviously I've been dying to play and I'm really grateful that the coach gave me the nod," Ese'Ese said.

"Broncos being one of my old clubs it was good to come up against familiar faces.

"To get a run, my first one in the new colours, that made it exciting for me."

Starting from the bench, Ese'ese was injected in the 53rd minute by Justin Holbrook and played out the remainder of the game.

Despite entering the game with the Titans trailing on the scoreboard, Ese'ese says he had a simple job.

"Obviously I just tried to make the most of the time I got," he said.

"I just wanted to bring energy and impact off the bench.

"It was a tough period of the game when I came on and I just wanted to try and give the boys a bit of momentum."

In just 27 minutes he was able to run for 93 metres (40m post-contact), the most by any interchange forward from both teams.

Despite seeing the positives in his own performance, Ese'ese knows that the Titans will need to improve starting with this weekends game against Wests Tigers.

"We had tackle tech(nique) today and it was pretty full on," he said.

"The week so far has pretty much been around defence and we will be better in that department." 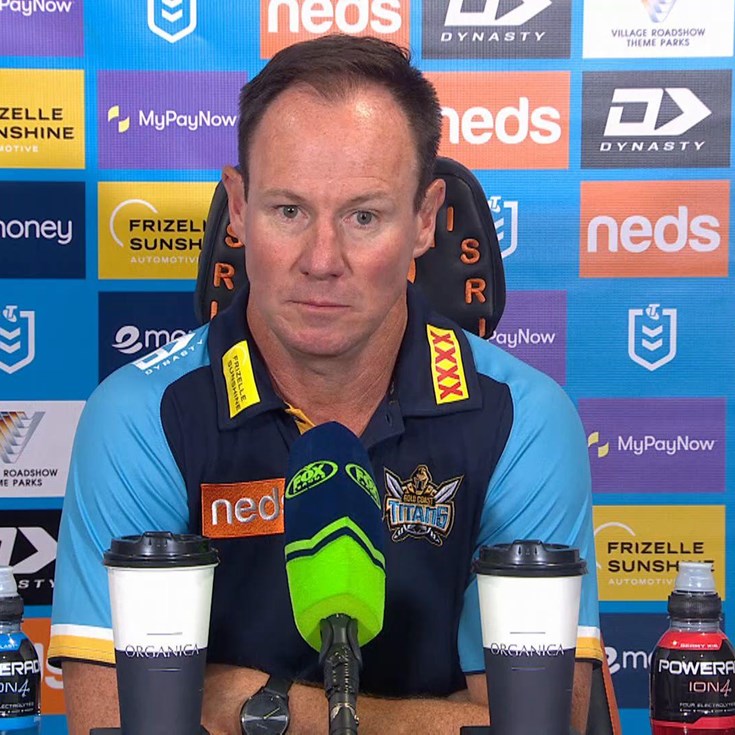