The Gold Coast Titans are celebrating the centenary of the Royal Australian Air Force with a specially designed jersey for the NRL’s Anzac Round and you can own one of the game-worn jerseys from our game against the South Sydney Rabbitohs.

Pick the jersey of your favourite player, with the special edition jersey designed in conjunction with the RAAF.

The colouring of the jersey aligns with the “Air Superiority Grey” used by RAAF aircraft, with the camouflage pattern also giving a subtle nod to military attire.

The jersey features the RAAF’s newest F-35 fighter jet with a dramatic exhaust plume on the front and back, the same jet that takes centre stage in the RAAF centenary logo.

The RAAF centenary logo is also proudly featured on the back of the Titans jersey.

This is a must have collectors item for any Titans fan, with proceeds to go do the following charity organisations:

Don't miss out on this great opportunity to own a piece of Titans history - Bid Now. 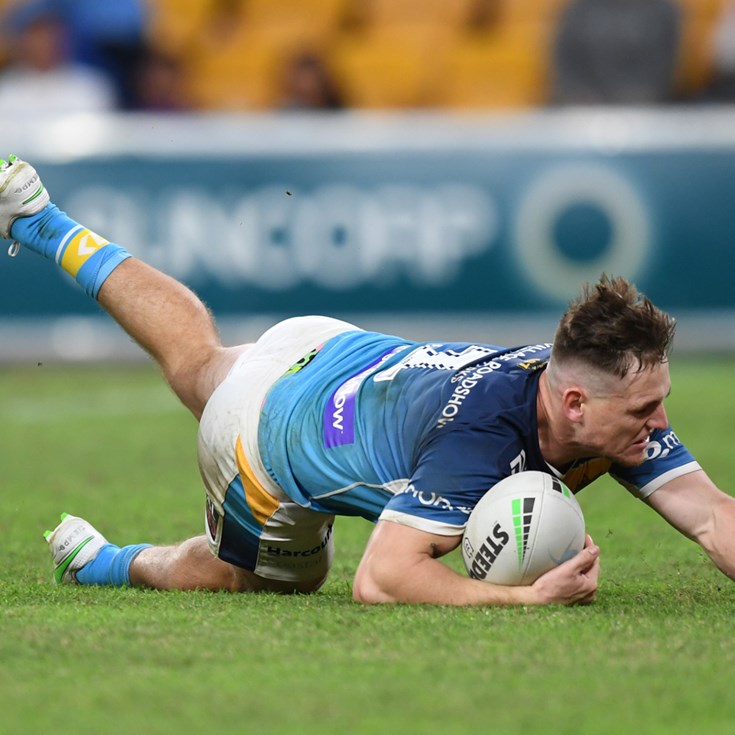 SEE Civil Play of the Week - Round 10

Marsters leaves family behind, for now